Social Justice is the work of humanity. It is Love made real, and welcome made visible. These are some of the social justice areas where I am active. 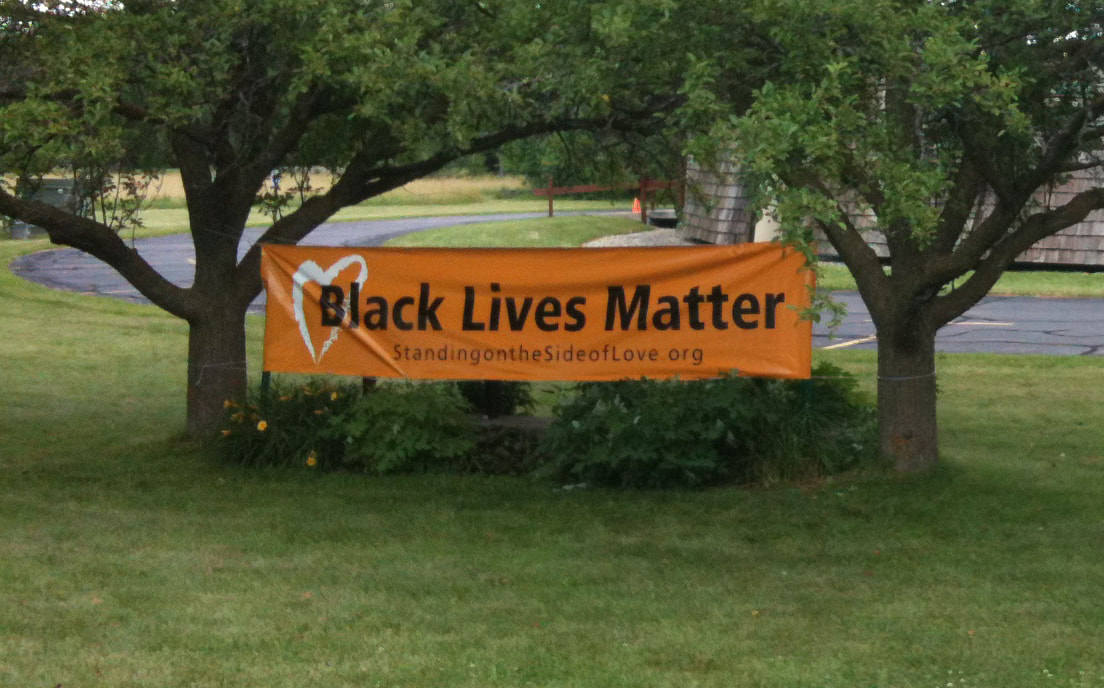 BLM Banner Vandalized
In September of 2015, after much debate, LCUUC made the decision to place a BLM banner in the yard. It was defaced twice.

After consideration, I led them not to quit, but to join with 4 other local UU churches in forming the first local successful UU social justice collaboration: Black Lives Matter to Wisconsin UUs.

I believe strongly in housing justice, and in help for the homeless. In 2013 I led my congregation to agree to be a founding supporter of the local Family Promise organization, and in 2014 we were able to host the first local families. In 2016 I found an "angel" to provide a grant to Family Promise to allow them to purchase a much needed new bus, and recruited two new Board members. We currently serve as one of the host sites for Family Promise, and our guests routinely note on their feedback that we are the most welcoming and hospitable of the sites overall.
Family Promise of Waukesha County 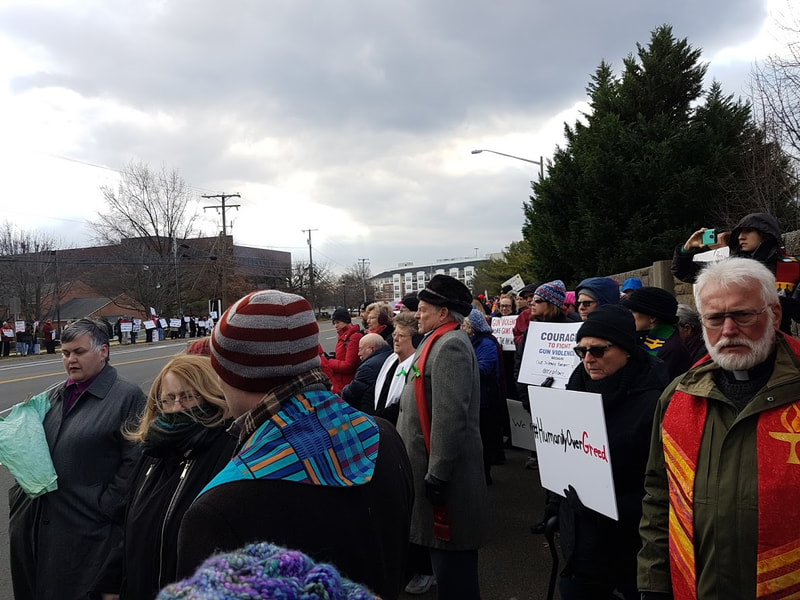 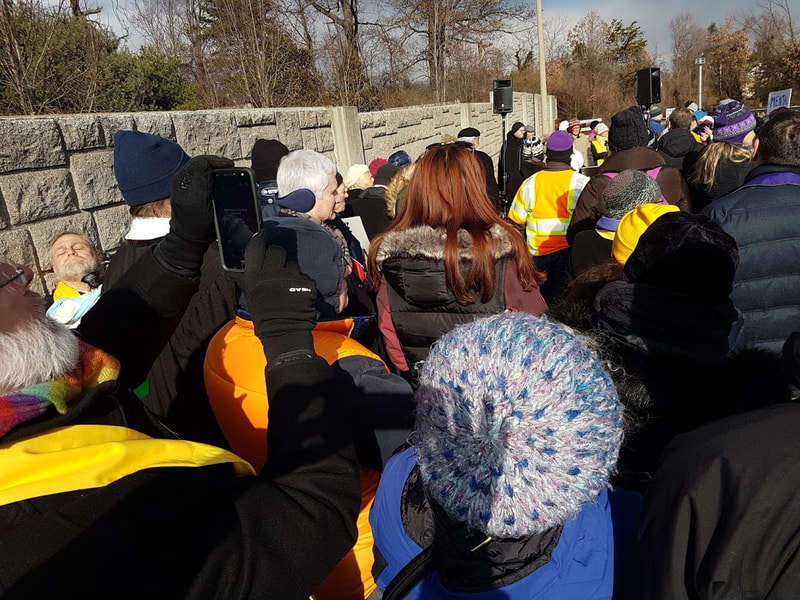 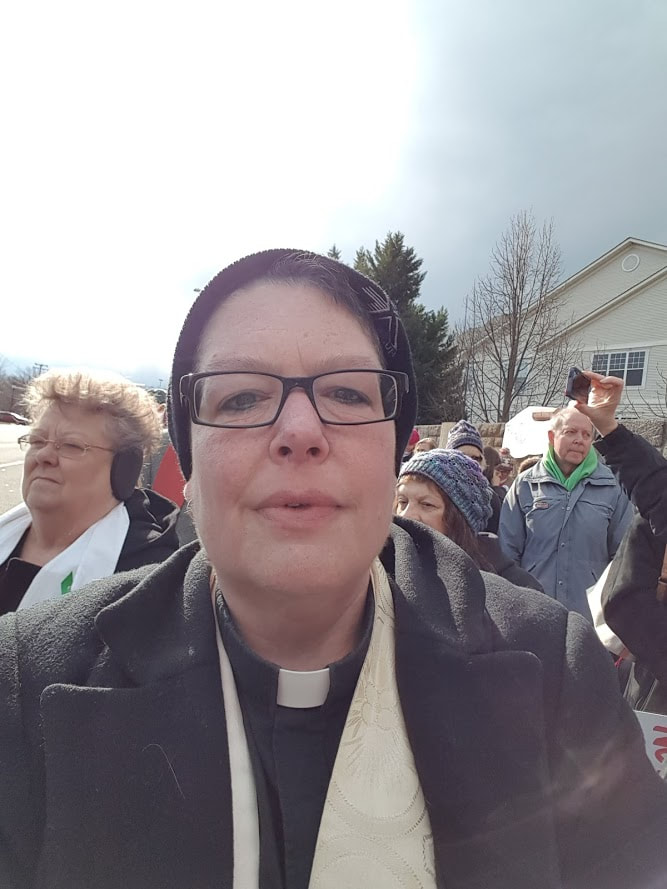 The NRA has created in America a gun culture which has become an obscenity, and it is time for faith leaders and others to speak out.

I am one of those faith leaders.

On December 14, 2017, the fifth anniversary of the Sandy Hook massacre, hundreds of faith leaders from across the country came together in front of NRA headquarters to call on the NRA and Congress to:
​
- Stop advancing a legislative agenda that promotes virtually unfettered access to guns.
- Pass comprehensive, universal background checks.
- Ensure systems that keep guns out of the hands of people who should not legally have them.
- Ensure semiautomatic and automatic weapons and large-capacity magazines are not available for sale to the general public.
​
The intent of this event was to gather for an interfaith worship service of faithful witness to mourn together and to call for moral clarity around the tragedy of pervasive gun violence in our communities. For 5 years since the Sandy Hook massacre, there have been direct actions, protests, chants, politicians, speeches, protest signs and more in front of the NRA headquarters. But there had never been is an interfaith worship service bringing moral voices of clarity and solidarity and so we came in somber witness.
​